Once upon a time, what seems like a long time ago I decided I wanted to be a beauty queen. It was definitely an experience I will never forget and I finally have the chance to tell you all about it!

I’ve always known that I wanted to help people in some way, and one day it dawned on me if I had a crown that would definitely give me a much louder voice to speak on issues I thought were important. So, I went searching for what I thought was the best pageant for me and I landed on Miss Nevada USA 2016. The only thing I knew about pageants at this point was from the Miss Congeniality movie and what I heard about from my cousin’s social media pages. So from that, I thought it was going to be a breeze…PSYCH! It was probably the most grueling process of self-discovery I’ve ever put myself through.

My first step was figuring out how much all of this was going to cost. For me, it was a ridiculous amount that I just wasn’t going to be able to make at my day job in time for the pageant. So, I turned to crowdfunding on Go Fund Me and raising money through a local business that I loved, Silver State DJs. I am beyond blessed to have had friends and family that believed that I would do great in this pageant that I was able to raise enough money to cover the bulk of what I needed which was – the entry fee, a gown, interview outfit,  hair, makeup, coaching, headshots and other shoots, shoes, and travel from what I remember. It was a brutal price tag, but I really felt it would all be worth it to hold that coveted crown!

My next step was getting Coaching, I met with my coach as often as I could afford via skype sessions as she talked me through what my interview would be like and how I could make myself look as good as possible on paper before the pageant and my paperwork’s due date. This pretty much consisted of going out and being about all of the things that I wanted to use the crown to do more of. She would always ask me something like, “What have you done since the last time we talked that would help you in this pageant.” Looking back on it now, I definitely did not put myself out there as strongly as I could have before the pageant to really build up a platform, but that all comes back to the self-confidence I had before even deciding to compete. Once the time to compete got closer, I flew out to physically see my coach so she could teach me how to walk in these INSANE shoes and the difference between an evening gown walk vs the swimsuit walk.

Somewhere in here, there was orientation where we met the director, Shanna Moakler and the Queens who would be passing their crowns down. For me, it was Emelina Adams. I had been youtube re-running the pageant for WEEKS at this point so meeting these two was almost like meeting people I already knew which was really strange. This is also where we got fitted and put in our request for the opening number dress that was sponsored. This is where I got my first taste of the beauty and fashion side of the pageant world. I normally wear a dress size 9 but with all the working out and dieting I was doing I managed to knock it down 2 dress sizes…but the sponsor didn’t carry my size. Like, they didn’t even MAKE dresses bigger than like a 4. It was insane. And as I stood shocked, I looked to the other contestants to see if they shared my shock but what I got instead was giggles and looks like “oh you thought you could wear this?” It was horrible. They ended up just putting me down for the biggest size they had and figured that I’d work it out.

And then, it was pageant weekend. The first day we did interviews while we learned our opening number routine. All the girls were here, and while I expected the energy would be similar to the dress fittings it was actually a wildly empowering day! Every girl I had the opportunity to interact with was really sweet, incredibly helpful and women that I actually wanted to be friends with and see do well in the pageant. It was an incredibly uplifting experience. Every girl that went to do interviews would come back with tips and talk about what they asked and how they answered in attempts to help the next girl do well…it was absolutely NOTHING like what I expected. No one was low key trying to sabotage the next girl, or kill her confidence or her vibe…everyone was team everyone. It was legit beautiful. I was one of the first few interviewed because my title started with a C, so that took a lot of the pressure off of me for the rest of the day. I have super intense social anxiety, so the interview portion had me really worried! But I shouldn’t have been,  the judges were all very kind in the interview and just honestly wanted to get to know me and what I’d use the title for. We also got to pick up the dresses we would be wearing for the opening number. I was horrified it wouldn’t fit me, but it did! They either made me a special one or I somehow lost a dress size or two…either way I was grateful I wouldn’t be the only one not on stage or in a different dress.

On the day of the stage pageant, everything that could go wrong before actually getting to the event did go wrong. My hair showed up early…and my makeup was late…like hours late. But somehow they managed to crunch together and get me ready and out the door ALMOST on time. And then we had no idea where we were going. We knew we were going to UNLV…but had no idea where the actual building I was supposed to be in was so I was walking up and down in these ridiculous heels carrying a suitcase and an evening gown, not seeing anyone and having no idea where I was supposed to be. To say I was in a panic was an understatement. I eventually figured it out and got there later than everyone else but at least I was there! I was the only one in full hair and makeup that I could tell – but it was worth it to me because I did not have the skills to do my own hair and makeup for this kind of event and you weren’t allowed to have anyone in the dressing room with you. We spent all day practicing the opening number and then figuring out our stage placement and getting the timing right. We did prelims and finals on the same evening.

The preliminary round was first and everyone had to buy tickets to both events ahead of time before knowing who would go on to the finals. Everything was so fast pace I didn’t even really get to enjoy the moment of having center stage in a building so many amazing performers graced before me. I was still feeling a few body issues, but I threw all that to the side and did my peppiest cute walk down the aisle for my swimsuit, and my slowest most elegant walk for the evening gown. It’s so crazy how long and how much I prepared for such a short moment! We got a little bit of time before finals. After the opening number is when they announced the top 10…and I wasn’t one of them.

To say I was crushed was an understatement. I felt like complete garbage, and then I was so angry for even thinking I could compete in something like this and then I just wanted to leave out of embarrassment. I went through a full course meal of self-sabotaging emotions before looking around the room and seeing the other girls that didn’t get into the top – girls I was SURE would go through. Some of the girls looked even angrier or more disappointed than I felt, and other girls were too busy congratulating the girls that DID go on to even care that they didn’t. And then, the teens came in and all rushed over to us asking us questions about how they did and how they walked and what looked better. I immediately got over anything I was feeling about myself and did what I could to help everyone around me still competing. This quick energy change TOTALLY changed my view and how I feel about the pageant system as a whole. Instead of being disappointed in myself, I was able to feel proud of all the girls that got through to the finals and build connections that I hope to keep for years to come.

So, at the end of it all. I did not win Miss Nevada 2016, but I DID win best in Evening Gown! That was an honor I was SURE I wasn’t going home with. And I still have the trophy proudly displayed above our bookshelf. I also got to meet a ton of amazing women whose careers and lives I’ve watched blossom since this pageant. It is honestly an amazing, bittersweet experience that I would not take back. I feel like that might be it for me so for now, I just watch and send love from the bleachers but I’ll never forget that one time I went for it myself! 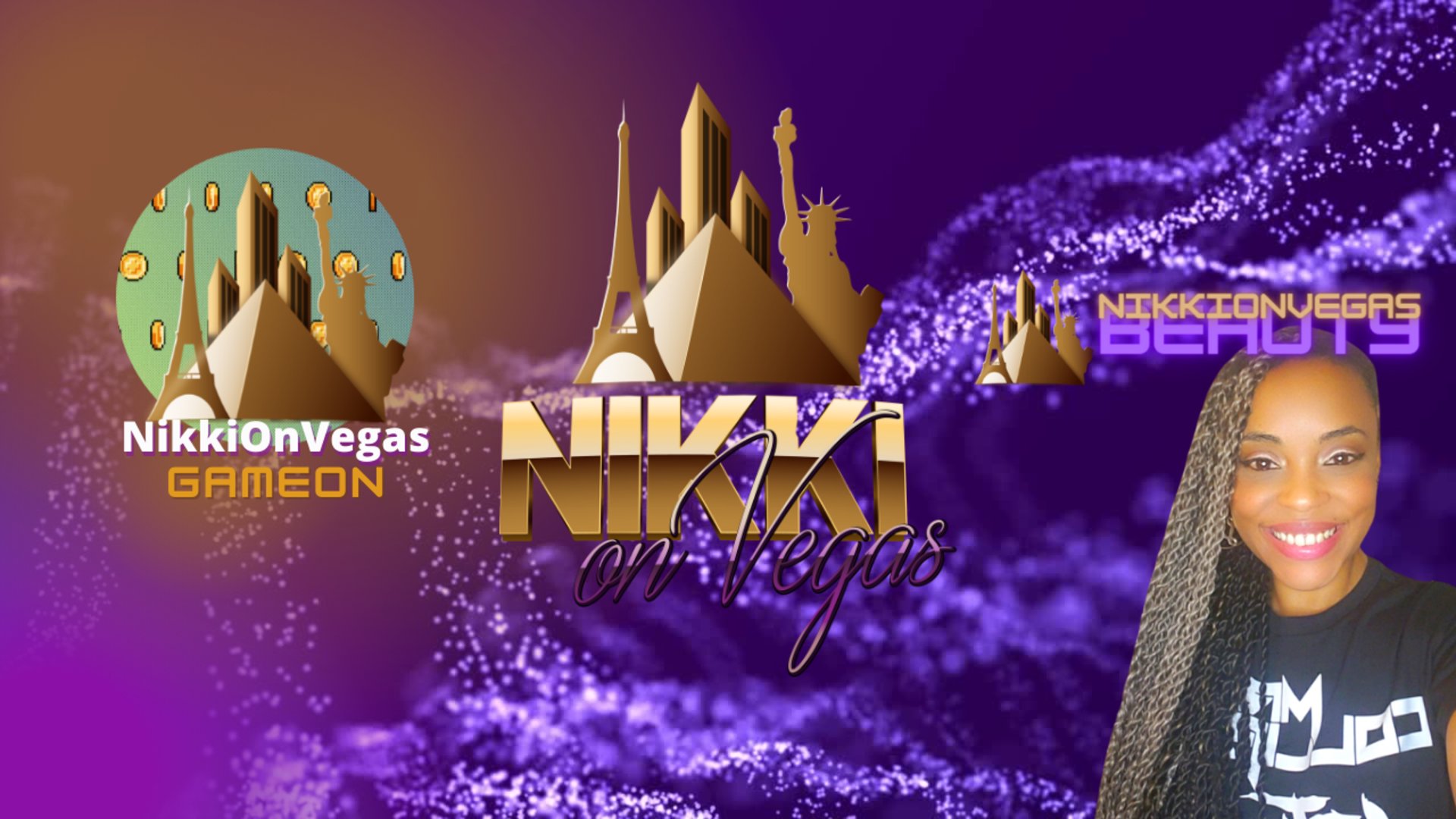